Living in the Cross

If any man will come after me, let him deny himself and take up his cross daily, and follow me.   Luke 9:23

Following the leadings of the Light ultimately brings joy and many spiritual blessings, but early Quakers referred to following God’s promptings as living “in the cross.”  The power they found in practicing their faith came from surrendering their own wills to the Love and Truth and Power of God, to the inward guidance of Christ.  They were scornful of those who worshipped crucifixes and other images of crosses rather than attending to the way that the living Christ, the Light within, was calling people to take up the cross every day.

For early Friends, living in the cross involved all aspects of life.  In an epistle advising people how to conduct their labor and trades, George Fox wrote: “Deny yourselves, and live in the cross of Christ, the power of God, for that destroys injustice….”  In the context of their livelihooods, living in the cross meant to “do that which is just and righteous, uprightly and holy; in that you will have peace, and see God.” (“Collection,” 193)

In the cross, one gives up all attitudes and behaviors that don’t originate in God’s love. Early Friends maintained that human beings were originally created with a divine nature, but they believed that most people lived in the fallen state that they called “the first man.” Margaret Fell described such people as, “the disobedient ones, that will not stoop to the Light of Christ, and his Power & cross in them, but will live in the liberty of the flesh, where they may exercise … Pride and Ambition, Superfluity of Naughtiness, Vainglory and Arrogance … and Vanity of the World….”  Living in the cross meant bringing even natural aspects of life under the control of the Spirit.  The body is holy, but it can be driven by strong urges.  In the 17th century all forms of overpowering desires were called lusts.  Early Quakers believed that the Devil controlled people and bound them by their lusts and temptations.  It was only possible to live in just and holy ways by surrendering to Christ’s power, within.  The cross of Christ, Fell wrote, “is the power of God to crucify the affections and the lusts [of] the World, and the flesh, and the Devil.” (A true testimony,  20)

The Light of Christ reveals that many things not generally considered “wickedness” by worldly standards are contrary to God’s love and justice.  It was clear to the first Friends, collectively, that wearing fancy clothing with expensive lace and buttons and finery was contrary to God’s will.  Such clothing was a way of showing one’s wealth and maintaining class distinctions, contrary to the inherent spiritual equality of all persons.  Honor was due only to God, not to people of a higher social rank, so all mannerisms intended to honor another person as more worthy than oneself, such as bowing, tipping the hat, flattering forms of address, and using the plural “you” for a single person, were all actions contrary to God’s will.  Living in the cross required refusing to do such things, even though this was considered shocking behavior at that time.

Wearing plain clothing and using direct, honest language brought mockery, scorn, and persecution upon Quakers.  Their refusal to offer flattering language and gestures enraged judges, magistrates, and members of the nobility and gentry, for which many spent long months in prison.  They were imprisoned for refusing to pay tithes to the state church, publicly speaking about their faith and condemning injustice, and gathering in meetings for worship.  In following the leadings of the Light, many Friends lost possessions; some even lost the tools of their livelihood.  Thousands were beaten or put in prison, and some died.  To follow God, one had to be willing, when called, to do things contrary to the body’s desires for comfort and safety.

In her autobiography, Mary Penington described the weeks and months of struggle after she understood that the Light was asking her to give up the outward signs of her social class.  Finally she and her husband “took up the cross.”  She described the ways they suffered for it:

We became obedient to the heavenly voice, receiving the truth in the love of it, and took up the cross to customs, language, friendships, titles, and honour of this world; and endured, patiently, despisings, reproaches, cruel mockings, and scornings, from relations, acquaintances, and neighbors; those of our own rank, and those below us, nay, even our own servants.  To every class we were a by-word; they would wag the head at us, accounting us fools, mad, and bewitched.  As such, they stoned, abused, and imprisoned us, at several towns and meetings where we went.  This not being enough to prove us … it pleased the Lord to try us by the loss of our estate, which was wrongfully withheld from us, by our relations suing us unrighteously….  [W]e were put out of our dwelling-house in an injurious, unrighteous manner.  Thus we were stripped of my husband’s estate and a great part of mine (Garman et. al., 225-226).

Living in the cross required a subordination of the self-will not only in terms of outwardly visible actions and behaviors, but in every thought and word.  Isaac Penington, a learned scholar, minister, and author, did not become a Quaker until after he felt clearly the vital difference between the intellect’s prompting to words, even true ones, and the prompting to speak that comes from the Light.  Only divinely inspired words have spiritual power and can minister to others.  In giving directions for offering vocal ministry, he wrote: “He that will be a true minister, must receive both his gift, his ministry, and the exercise of both from the Lord: and must be sure in his ministering to keep in the power, or he will never win others to the power: but in keeping in the power, while he is ministering and standing in the cross  to his own understanding and wisdom, giving forth the truths which the Lord chooseth to have him speak in the words which God chooseth….” (“Consideration of a Position,” 126).

In each person an inward death of the first or fallen man is necessary before the “new man” can be born and the original pure human condition restored.  Living in the cross made this death and rebirth possible.  As the first Friends discovered, over time the faithful person learns to give over his or her will to divine direction in more and more areas of life.  As the “old man” dies, Christ comes to be more fully formed within.  In a letter written in 1652, Margaret Fell advised her sister to live in the cross:

Oh! be faithful, be faithful to what thou knowest; and stand perfect in the will of the Lord; and the Lord will keep thee, in His own power to Himself, and arm thee every way with His love and power. … Keep in the cross, and purity will grow. The safest way is in the cross; take up the cross daily; mind to be guided by that which crosseth your own wills, and it will bring every idle word, thought and deed to judgment in you; and so the old man will be crucified, with the affections and lusts thereof; and you shall find the Lord to sit as a refiner, to judge out all the old leaven, the old nature; and so the new man will be raised up; and Christ, the power of God, will rule and reign in righteousness in you… (Life of Margaret Fox , 13.)

Living in the Cross: Has following a leading led you into an experience of suffering or sacrifice, or what early Friends spoke of as a “cross” to your own will?  What happened?  What did you learn from that?  Has spiritual joy or power been given you to help you follow a difficult leading? 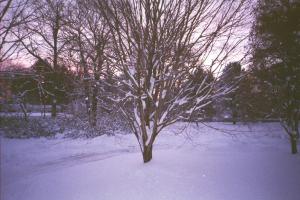 * * * * * This post is part of a series about Ten Elements of the Quaker Spiritual Journey. The  next post will describe contemporary Friends’ experiences of Living in the Cross

A Whole Heart has pages on Bibliography  and Upcoming Workshops.

2 Responses to Living in the Cross