Posted on October 23, 2014 by friendmarcelle

A year ago I began searching for how Quakers in our time have experienced the kinds of transformation described by early Friends.  I then collected some examples, together with those of the first Quakers, into one manuscript.  This summer a kind Friend, the author of several books about Quakers, read my manuscript and responded with encouraging and helpful feedback.  One of his suggestions, however, has troubled me.  He advised me to take out most of my examples.  He thought perhaps my own experiences would sufficiently illustrate the elements of the Quaker spiritual journey in our time.  Today’s readers would identify more easily with me, he suggested, than with stories of Friends who became radical witnesses or experienced extraordinary circumstances.

Though I have been inspired by the most radically faithful people, I have also felt intimidated by their courageous lives.  I ask myself, how I can offer their stories as models when my own mind and heart seem more clouded than theirs, if my life is more ordinary?  I have, indeed, been changed by God, and my life is not conventional, yet I am also aware of much inside me that still needs healing and transforming.

Long ago, when I first became aware of the divine Presence within, I discovered dimensions of my inner experience and the outer world that had not been evident before.  Some previous activities and relationships fell away; others were infused with new energy.  Certain seemingly-fixed patterns of behavior, belief, and fear began to change.  I felt more connected to life and other people, and experienced a new, enlivening sense of power.  After an initial burst of transformation, however, I was disappointed to discover that some habits persisted.  Though many layers of fear have fallen away, deeper fears were brought into the Light that had long been hidden.  Certain changes have come only gradually, after a lot of prayer, persistence, and time.  I am aware that God’s grace is necessary, and that my ability to change myself is quite limited.

For most of us, a commitment to a life centered in God or Christ begins with some evident changes and then is followed by years and decades of slow reorientation to that commitment.  Changes may involve greater faith; taking up spiritual disciplines; more patience, kindness, and integrity; a willingness to acknowledge one’s failings and forgive others; use of spiritual gifts; alternative ways of living;  participation in community; and new forms of service.  All of these are signs of the transformation that God works in us.  Some changes seem intermittent or temporary.  We forget about our commitment to the life of the Spirit, becoming absorbed again by competing drives, busy-ness, or fear.  We turn away, but then we turn back again.  Slowly, inwardly, sometimes below our conscious awareness, we become freed of burdens and bonds which have made it hard to attend to the divine presence.  Gradually, we live more fully from our connection with God.

It is challenging to encounter stories of those whose path was swifter, more radical, or more public.  My blog post The New Birth described the transformation that resulted in early Friends becoming powerful witnesses to God’s way of peace, truth, love, and equality. Another blog post, Openings to the Way of Nonviolence, describes the more recent struggles of two Friends to embrace the peace testimony.  After that post went out, a friend sent me a wonderful book, A Few Small Candles, which recounts the stories of many young men, Quakers and others, whose conscience would not allow them to cooperate with the Selective Service during World War II.  I wept reading first-hand accounts of how those very young men heard and heeded the call to be witnesses for the way of peace in a culture that celebrates war.  Some spent many years imprisoned under harsh conditions.  In prison they advocated for reforms, enduring more punishment to make life easier for other inmates.

One example included in my manuscript is the story of African-American Bayard Rustin.  At the outbreak of World War II, he registered as a Conscientious Objector, as did many other Quakers.  A year later, however, he was troubled by a sense that war is wrong and that even conscription is “inconsistent with the teachings of Jesus” and contrary to the “spiritual truth that all men are brothers.”  In a 1943 letter to the Draft Board, he explained that God was calling him not to war but to a different purpose:

God motivates me to use my whole being to combat by nonviolent means the ever-growing racial tension in the United States. … Surely, I must at all times attempt to obey the law of the State.  But when the will of God and the will of the State conflict, I am compelled to follow the will of God. (Black Fire, 153)

Rustin was imprisoned for three years in segregated federal penitentiaries, where he and fellow war resisters actively and nonviolently fought racism.  After his release, Rustin became an early Freedom Rider, participating in the 1947 Journey of Reconciliation to draw attention to new federal regulations integrating interstate buses.  He and two fellow Freedom Riders were sentenced to a North Carolina chain gang.  Rustin’s six-part article about his experience, published in a New York paper, drew attention that led to the abolition of chain gangs at that time.  Later Rustin was an influential leader of the Civil Rights movement, helping to keep that movement committed to nonviolence.  He was also the principal organizer for the 1963 March on Washington, but he stayed in the background because of adverse public reaction to his sexual orientation.

In my manuscript I also tell about George and Lillian Willoughby, wonderfully down-to-earth and open-hearted Quakers whom I knew in Philadelphia when they were in their 80s.  From the time they were in college, George and Lillian dedicated their lives to working for peace. In 1957, alarmed by the testing of nuclear weapons in Nevada, they and their children participated in a protest at the Mercury Flats testing ground. Lillian was arrested for trespassing.  Soon afterwards, in order to draw public attention to the U.S. government’s testing of nuclear bombs, George Willoughby helped organize the voyage of The Golden Rule, which sail for the Marshall Islands in 1958.  Along with other crew members, he signed an open letter to the U.S. President, Dwight Eisenhower:

We intend, come what may, to remain there during the test period, in an effort to halt what we feel is the monstrous delinquency of our government in continuing actions which threaten the well-being of all men. … We are sensitive to the great responsibility you bear and assure you there will be no deception in our effort. All action will be taken openly and trustingly…. For years we have spoken and written of the suicidal preparations of the Great Powers, but our voices have been lost in the massive effort of those responsible for preparing this country for war.  We mean to speak now with the weight of our whole lives.  By our efforts in the Pacific we mean to say to all men, “We are here because stopping preparation for nuclear war is now the principal business of our lives; it is also the principal requirement for the continuation of human life.  It is a task in which we would have our nation lead. …  We hope our presence in the test area will speak to that which is deepest in you and in all men: that all men are capable of love.

The crew of The Golden Rule was imprisoned before they reached the Marshall Islands, but their action drew world attention to the great dangers of nuclear weapons and the international arms race.

I am deeply moved by stories of Quakers and other Spirit-led people who follow God’s leadings to courageous witness, healing ministry, sacrificial service, and acts of deep compassion.  I was glad to find such examples to include in my book about the transforming Quaker spiritual journey.  Though challenging, I believe it is important to hold up such examples, and to support the members of our community whom God calls to address the causes of suffering and participate in transforming the ways of this world.

Spiritual transformation begins in the daily circumstances of seemingly-ordinary lives.  The divine imprint is first seen within our own minds and hearts, then in our interactions with family, friends, and community.  We should celebrate and encourage these forms of change.  At the same time, it’s important to know that God also invites us to stretch beyond the comfortable circumference within which many of us live, to serve the needs of those beyond our immediate circles.  Maybe few of us are called to such radical and risky faithfulness as Bayard Rustin and the Willoughbys.  But most of us are called, in one way or another, to participate in God’s healing and transformation of the world.  As communities of faith, we are called not only to attend to our individual leadings, but to support the courageous faithfulness of other Friends.  In this way, we help God to bring about the New Birth that awaits not just individuals, but societies and the human race.

Entering Into Transformation: How has your commitment to a life with God or Christ changed the ways that you think, act, talk, and live? How has your awareness changed? To what do you give your attention? Have you been led to do things differently from mainstream culture? Have you followed leadings that involved risk or some kind of sacrifice? Do you see signs of a larger birth taking place in humanity in our time?

An opportunity to explore the transformative elements of the Quaker spiritual journey:

For more information, see the page on Upcoming Workshops. 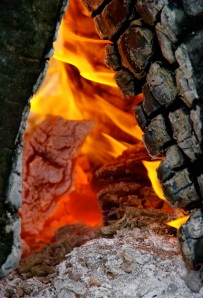 4 Responses to Entering into Transformation