Fighting for Life on this Planet: Two Movies

In the face of global climate change, two essential tasks are to gain awareness of our dilemma and find the motivation to address it . Two recent movies highlight the forces and practices that are destabilizing our climate, and revealing people of courageous heart who are making it the business of their lives to fight to ensure the continuation of life on this planet. One is a documentary, the other a wonderful feature film.

Paris to Pittsburgh, a National Geographic documentary, starts with a quick series of photos and news reports starting in 1970 that warn of the impending dangers of climate change. As the decades pass, the warnings get increasingly dire, while global temperatures rise. The first few minutes of the film make evident the urgent importance of the global community working together to curb greenhouse gas emissions. However, attempts to come to a workable international agreement to keep the temperature rise below 2 degrees centigrade fail, until finally the Paris Climate Accord is signed in 2015. The film moves back and forth between dire and hopeful news. The hope engendered by the fragile agreement signed in Paris is quickly followed by footage of President Donald Trump making an announcement outside the White House that he is withdrawing the United States from the Paris Climate Accord.

“I was elected to represent the citizens of Pittsburgh, not Paris,” he says.

Next we see the mayor of Pittsburgh reacting passionately. Pittsburgh made its fortune burning coal and forging steel, but after that industry collapsed, the city began forging a new identity and honing technological skills needed in our time. The mayor explains that Pittsburgh is now a place of vibrant innovation, and it is committed to moving toward sustainability and living within the provisions of the Paris Climate Accord.

Some of the bad news documented in the film is worse than I had known. Changes in global temperatures and the rise of sea levels are already causing terrible impacts. The problem is global, but the documentary focuses on the United States. For example, streets in Miami are flooding regularly and beaches are losing ground as sea levels rise. The increasing flooding of coastal regions is not the biggest threat to Florida, however. Seawater contamination of fresh water sources of drinking will make many parts of it uninhabitable sooner than most people want to acknowledge. The city of Orlando, however, is looking squarely into the future, moving toward sustainable energy practices and considering how to respond to what will become a growing tide of climate refugees from southern Florida. The devastation of Puerto Rico after Hurricane Maria has already flooded Orlando with a large influx of refugees. Many other cities, like Pittsburgh and Orlando, are moving toward sustainability. The filmmakers show us a village in Puerto Rico that solarized its energy supply and now teaches others how to do the same.

In Iowa, a man’s home was twice inundated by massive floods that were labeled “once-in-a lifetime”. The film also shows how communities of Iowa farmers are discovering that solar power is the better way to obtain the energy needed to run their businesses. In California, we see brief footage of terrible forest fires, made more devastating by climate changes. Then the filmmakers show how that state and many cities are committed to reduce carbon emissions, using solar and wind energy that is increasingly competitive with burning fossil fuels. 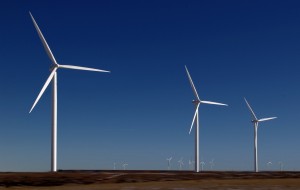 Young people are interviewed who are taking jobs in renewable energy and who know that the future lies in solar and wind power. Yet fossil fuel companies and the politicians they support are still denying that climate change is caused by greenhouse gas emissions and they are continuing to throw dangerous carbon and methane into the atmosphere. Temperatures get hotter, glaciers melt, the sea rises, forest fires rage, hurricanes carry more water, and Midwestern farmland is deluged. The documentary shows the necessity to change our lifestyle in significant ways, very quickly. It leaves us hopeful, however, that this is possible, with awareness, motivation, and innovation.

Woman at War, a wonderful film from Iceland, tells the story of a 50-year old choir director named Hella, a single woman who has taken on a mission: she wants to keep big business from ruining the land and the climate. We learn from the nightly news that Iceland is conducting talks with China, which wants to bring bigger industry into the country. However. Hella wants to convince the Chinese that the power grid is not stable enough to warrant their investment. She’s strong and healthy. We watch her running across the tundra, then pulling a bow and arrow from her backpack. She attaches a metal cord to her bow and sends it flying over some enormous power lines, causing huge sparks and an electrical short.

When the film begins, Hella has only one confidant, a government official who clandestinely supports her. When they converse, they put their cell phones in a freezer, to prevent electronic eavesdropping. Her friend advises her that it is time to put out a public statement about why she is doing what she is doing. Hella devises a clever means of distributing a flyer across the city, a manifesto signed by “Mountain Woman” that people photograph with their phones and send across the internet. She hopes by her actions to raise the issue of climate change and the need to change. But the government puts a spin on the story, refusing to focus on the most crucial issue of our time; instead focusing on the violent “terrorist” who keeps causing shortages on the power lines. Hella knows that a bigger and more dangerous action is required now. The government, on its side, has accepted help offered by the United States and Israel. Now drones, helicopters, infrared censors, and more will be used to track down Mountain Woman.

While Hella is running from her pursuers, a three-piece band and a chorus of singers sometimes appear in the landscape, symbolizing an inner music or source of guidance and encouragement that only she can see and hear. Although the film addresses a very serious threat and is filled with action and chase scenes, it also has a lot of heart. It even has moments of humor. A hapless bystander, for example, keeps getting arrested in her place. Love and help arrive from unexpected sources.

The future is symbolized by an orphan girl in a flooding city. It has long been Hella’s dream to be a mother. Suddenly this becomes possible, but how can motherhood be compatible with her dangerous mission? Police forces are coming closer and closer to tracking her. But something miraculous happens: the hearts of others are moved by Hella’s sacrifices.

The spiritual dimension of Hella’s mission is an undercurrent of the film. There are some powerful shots of her practicing Tai Chi. In her living room, behind her, hang large photos of Mahatma Gandhi and Nelson Mandela. These heroes back her up as she breathes deeply and finds the center of inner power that enables her to put the fate of the world above her private interests. Her Tai Chi practice looks even more powerful when she does it outdoors. The land itself is a force. Several times, while running for safety and after arrest, we see Hella lying face down on the tundra, finding support. On another occasion, when she is in danger of freezing to death after crossing an icy river, a friend carries her to a hot springs. There she floats on the water, facing the sky. The camera pulls back and we see her embedded in the landscape. It is clear that she has unexpected allies, not only in certain people, but in nature itself.

Fighting for Life on this Planet: What helps you face the reality of climate change and our society’s role in causing it?

Resources to Get Involved in Helping to Protect the Earth

Our Life is Love: the Quaker Spiritual Journey, by Marcelle Martin, is available from Inner Light Books in hardback, paperback, and ebook. (An excerpt and a study guide are also available HERE.) The book was designed to be a resource for both individuals and groups to explore their spiritual experiences. It describes the journey of faithfulness that leads people to actively engage in God’s work of making this world a better place for all. To order multiple books for a study group, postage free, contact us.

Marcelle Martin is a core teacher in an upcoming 9-month program, Nurturing Faithfulness, to be held at Woolman Hill Retreat Center in Massachusetts and online. In this faith and leadership program participants become a community of practice to support each other in offering spiritual nurture and encouraging leadings, service, and faithful witness. August 2019 – May 2020. HERE is a link to a video in which past participants talk about the program:

A Quaker writer, teacher, workshop leader, and spiritual director, I've traveled widely to facilitate workshops and retreats about the spiritual journey. I'm the author of Our Life is Love: The Quaker Spiritual Journey, and A Guide to Faithfulness Groups.
View all posts by friendmarcelle →
This entry was posted in All of Life is Sacred, environmental activism, Facing Life with Faith, Following a Leading, Stories that Heal and tagged climate change, documentary, environmental activism, films, From Paris to Pittsburgh, Paris Climate Accord, sustainability, Woman at War. Bookmark the permalink.

5 Responses to Fighting for Life on this Planet: Two Movies